A certain degree of tact is required when engaging in your first communication with a recruiter. There are certain things that people want to see, and hear, and certain things they don’t. Either way, most recruiters give you one chance to make an impression. Then they send your resume off to their Recycle Bin, or they hand you a business card with your next interview date on it.

The current job market is fiercely competitive, which means that minute flaws can make or break your case. Here are some secret telecommuting secrets, which can mean the difference between a career, and disappointment. 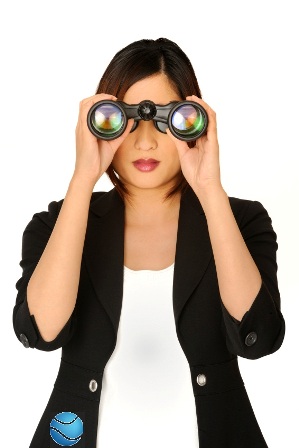 Many people know themselves, but do they know themselves well enough to dissect their character? Be prepared to fire off a quick response to an inquiry about what your strengths are. If you stumble over your words, or can’t present the answer quickly enough, you’ll have gotten all dressed up for nothing.

Phone interviews are just as important as face-to-face interviews. You wouldn’t take a call on your cellphone while talking to the district manager. Don’t switch over to take another call unless you want your recruiter gone when you get back. That is very unprofessional when it comes to answering services or telecommuting.

Approach recruiters at job fairs. They are there to invite you aboard. Making friends is never a bad thing, especially in the corporate world. If you come off the right way, you’ll stand out.

Most recruiters will scrap a resume if they see a mistake. Always proofread your resume and have someone else do the same. If something doesn’t look right, fix it.

Anyone can upload a sparkling resume and attach it to an e-mail, but it will mean nothing if you don’t send the cover letter with it. As far as recruiters are concerned, a resume is but paper and their company is but a way for you to pay your bills every month in the absence of another explanation.

Many recruiters include specific instructions in their applications. No matter how eclectic the directions might be, most recruiters have a system, and it will aggravate them if you do not follow it right.

Most applicants feel that the focus should be on them. Most recruiters feel that your interest in their company is self-serving. Bring what you can to the table, but take something away from it. Ask questions about the company for which you are applying.

Jim Jacques is the President of United Virtual Office, a leading provider of virtual offices for entrepreneurs and small businesses. They entail a prestigious business address in cities across the US, a Virtual Phone Services for answering and forwarding your business calls, courier services and more. Google +

Few of us would have predicted, just a few years ago, that telecommuting would become such an integral part of America’s business

culture. Worksimple found that, as of 2010, more than 26 million American workers were categorized as teleworkers; this represented fully one-fifth of the total adult working population. In the same year, almost two-thirds of companies reported that at least parts of their staffs were working remotely either full-time or part-time.

The virtual office has clearly arrived. It would not have been so widely adopted if it did not have obvious benefits. Virtual offices remove many of the fixed costs that plague businesses but they also seem to foster greater productivity. A recent study, found that 63 percent of New Zealand companies are reporting higher levels of productivity because they instituted flexible working practices, including telecommuting and virtual office spaces.

The mechanisms that make the virtual office into a buzzing hive of productivity haven’t been precisely worked out. But there is one thing most every worker, regardless of his/her position (or location) can agree on: coffee can further augment your natural productivity. A recent survey found that more than 40 percent of coffee drinkers say they are less productive than they are without it. Many of us, it would seem, can’t function as well as we would like if we are deprived of our morning (or afternoon) brew.

Studies have repeatedly demonstrated that coffee does exactly what we caffeine-fiends have long claimed: it makes us better workers. A recent study by the Leeds University Business School, in Leeds, England, argued that there are considerable benefits to offering employees coffee. Employees, the study found, tend to work harder, solve more problems together and share resources in a way conducive to getting things done. Coffee, these researchers contended, was an essential ingredient to a business’s success.

That’s something any caffeine addict could have told them.

So, if you are looking to turn your business into a hyper-efficient profit engine, abandon the brick-and-mortar and let your employees go virtual. They will reward you with enhanced productivity and will be happier and more invested in your enterprise, as a result. But if you really want to see all the benefits associated with a virtual office – don’t skimp on the caffeine. Your employees will thank you.

Jim Jacques is the President of United Virtual Office, a leading nationwide provider of virtual offices for entrepreneurs, startups and small businesses. A virtual office includes an address at a prestigious business location in the US, live virtual receptionist, courier services and more. Google +